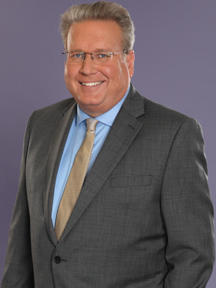 I've been around journalism and broadcasting almost my entire life. I grew up in Roswell and Artesia, New Mexico where my mom worked as a newspaper editor and my older brother was a disc jockey. I can remember feeling the excitement when I'd get to visit my mom's office and she'd be working on a big story, or trying to get everything in by the deadline. And hearing my big brother's voice on the radio always gave me something cool to tell my friends.

So, the decision to get into TV news was a natural progression for me. Thanks to my dad, who worked at the employment office in Roswell, I got my first job in television when I was in high school, working as a cameraman at the local TV station. After graduating from the University of New Mexico in Albuquerque with a Political Science degree, I returned to Roswell, where I worked for several years as a reporter, anchor, and news director. That led to a job with an Albuquerque TV station as their Santa Fe Bureau Chief, covering state politics and Northern New Mexico news.

Visiting El Paso was always a big deal when I was a kid. It was a huge city for a small town boy. I first lived here in 1992, when I became the weekend anchor at KVIA-TV. I also co-hosted the morning news there for more than 3 years. Later, I co-anchored and produced an evening news talk program for the station.