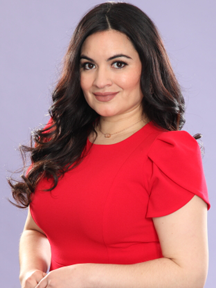 Diana graduated from the University of Texas at El Paso with a bachelors degree in Multimedia Journalism and a minor in Sociology.

She also received her associates degree in Communications from El Paso Community College.

Before graduating college Diana interned at a local news station. She assisted reporters and photographers on and off the field.

Diana joined the KFOX14 team in 2018 as a production assistant where she helped in multiple departments. Her favorite was assisting the traffic team in any way possible.

Diana loves giving back to her community and has volunteered with Mother’s Against Drunk Driving (MADD), EPAA UOR back to school supplies drive and Christmas gifts benefiting children in the Kinship program.

On her down time, Diana loves spending time with family, friends, relaxing, and traveling.